Acupuncture? In the Ear? 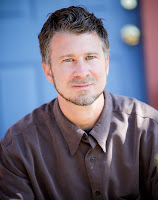 The earliest known writings on auricular acupuncture come from China in the Yellow Emperor’s Classic of Internal Medicine dating to around 500 B.C.   From 500B.C.to 100 A.D., clinical uses of earrings and ear stimulation for various ailments was mentioned in writings by Greek physicians Hippocrates and Galen.  It has been said also, that pirates wore large gold earrings in the lobe of the ear not as a fashion statement, but because it corresponds to the eye area and would give them the ability to see further distances.  In Persia, there are medical records of a treatment for sciatica by cauterizing the ear in the sciatic nerve area.  In the middle ages from 1500 to 1700, there was a lot of trading among various cultures of Europe and Asia.  During this time, acupuncture methods were brought to Europe which included ear acupuncture.  Several clinical reports in Europe also mention the cauterization of the sciatic nerve area on the ear to treat sciatica.  The painting “Garden of Earthly Delights” dating to around 1500, shows a reference to the ear being needled at the libido point yielding obvious results: http://commons.wikimedia.org/wiki/File:Hieronymus_Bosch_-_The_Garden_of_Earthly_Delights_-_Prado_in_Google_Earth-x4-y0.jpg
In 1957, a neurologist named Dr. Paul Nogier observed a scar on the ears of several patients who claimed to have been cured of their sciatica by a French lay practitioner known as Mrs. Barren.  Nogier began experimenting with this technique himself and had success doing so.  He decided to try using less barbaric technique by needling the area instead which also led to success.  After experimenting with other ear points he discovered the “upsidedown fetus” map of the ear.  Nogier further developed this map with great accuracy and began to train other physicians and practitioners, and eventually spread auricular acupuncture to a global audience.
Auricular Acupuncture’s effectiveness has been validated by practitioners around the world and is now making its way into mainstream medicine.  One of it’s most well known uses is to help with addictions of all types.  The National Acupuncture Detoxification Association (NADA) has established treatment protocols for a variety of addictions and is being used in recovery programs as well as prisons across the US.  In the military, “Battlefield Acupuncture” is being used to treat combat soldiers who have been wounded and are in transport to a hospital to relieve pain.  http://www.nbcnews.com/id/28930238/ns/us_news-military/t/air-force-trains-combat-docs-acupuncture/#.UcsDuvmsiSo
There are scientific studies conducted to investigate how auricular acupuncture works on a physiological level.  Many of the studies are being done in China and Korea where auricular acupuncture is well known.  One of the most interesting studies I’ve seen shows a direct correlation from the visceral organ points on the ear to the actual organs in the body via the vagus nerve.  In this study, stimulation of the organ points on the ear sends a signal through the vagus nerve to the body, and directly relaxing the chosen organ.  http://www.ncbi.nlm.nih.gov/pmc/articles/PMC3523683/
While auricular acupuncture has a rich history, there is still a seemingly infinite potential for discovering and understanding more deeply how this modality works.  The next time you are feeling a little off, try massaging your ears with a new understanding that the ear is more than an organ for hearing, it is indeed a map to your entire body.

By Dennis Weigel, L. Ac.
Posted by LeftHandAcu at 7:42 AM